Da. Da. Da. Dat. Dat. Da. Dat. On any given fall Friday at Floyd County High School, the sound of the drum line’s cadence marks the last fifteen minutes or so of the school day.

Da. Da. Da. Dat. Dat. Da. Dat.  On any given fall Friday at Floyd County High School, the sound of the drum line’s cadence marks the last fifteen minutes or so of the school day. The weekend at FCHS starts to the sound of a lively group of teenagers, letting drumsticks roll through their fingers and meet the surface of their instruments with enthusiasm and precision.The result is an infectious beat that will remind anyone within the walls of the high school that it is most certainly a buffalo-style Friday. I’m pretty convinced that you feel the vibration of the drums before you actually recognize that your ears are physically hearing the sound of beating drums. The beat quite literally takes you over–in body, and most certainly, in mind. If you’re a student, you’re probably just doing your best to tune out your teacher’s remaining remarks for the week, and if you’re a teacher, you’re probably just doing your best to keep the kids in their seats, or more likely simply contained, until that final dismissal bell sets all of you free for the weekend. It doesn’t matter how old you are or what role you play at FCHS, you won’t miss the drum line’s resounding beat on a fall Friday afternoon, and you’ll have a hard time ignoring the impending feelings of exuberance and good, old-fashioned fun.

On any Friday morning at FCHS, it’s hard to escape the black and gold, and during football season, a.k.a. marching band season, it’s nearly impossible. The teachers break out their jeans and their “Buffalo Pride” t-shirts, the athletes dress to the nines, and the marching band kids wear their show t-shirts. By the end of the day, the marching band is encouraging you to stop the work, to listen to their beat, and if you’re so inclined, to start moving your feet. Once the final dismissal bell sounds, it doesn’t take long for students and teachers to travel the short distance, from wherever they are on campus to the main lobby, where the drumline and marching-banders are kicking it up Floyd County style. It’s a pep rally, in the truest sense, and it’s entirely authentic. The kids clap, dance, and shout– all eyes focused on the musicians who are setting the energy for the upcoming game and igniting anyone anywhere nearby with the FCHS Friday spirit. The students and teachers tend to linger a little longer than normal on a Friday afternoon when the drumline is rocking, just to be a part of the laughter and movement. Like I said, it’s infectious, it’s fun, and it’s one of the many less-known rituals that take place in our small-town, high school atmosphere.

The fall weather and the first semester of the public school year bring a lot of things to the minds of students, parents, and teachers alike– new classes, new schedules, new faces, new friends, fall sports, and of course, most often– football season. High school marching band and color guard performances often fall to the backdrop of all-things-football and may be regarded by some as a pit-stop or side show to the big game. This is not so at Floyd County High School. The beat of the drumline, the sound of the wind instruments, the smiles, the laughter, and the unrestrained rhythm of the teenagers create an energy that simply cannot be pushed to the sidelines. This is the positive energy that the Pride of Floyd County Marching Band and Color Guard bring to Friday night football in Floyd, regardless of how the numbers on the scoreboard do or don’t add up. Community members flock to the high school football field for a variety of reasons on game night, and it’s not simply for the love of the game of football. The atmosphere of excitement and family fun, created by the musical enthusiasm and talent of the marching band, is most certainly an exceptional “game-changer.”

The FCHS Pride of Floyd Marching Band, led by band teacher Mr. Jay Durner, began its 2016-2017 season two weeks ago, with music practice and leadership team meetings. Monday, July 25th, marks the start of this year’s “full camp,” a five day long, 9:00a.m.-5:00p.m., rehearsal in which 120 Floyd County student musicians will show up to be a part of the art of playing a musical instrument while also marching, in coordination with 119 other teenagers. The high school marching band is made up of FCHS students in grades 8-12, with 38 members of this year’s band family in the rising eighth grade class. The inclusion of middle-school aged students as participating members of the marching band is unique to a small-town, high school environment. At FCHS, younger students are afforded the opportunity to be a part of the marching and the music, on a high school level. The multi-aged population of the band can present challenges at competitions against other schools in our region; the FCHS marching band often competes against band programs that only allow upperclassmen to play, with audition processes that determine whether or not students have enough skill to create music collectively within the high school group. On the other hand, Mr. Durner’s inclusive approach gives all FCHS students, regardless of their grade level, an opportunity to learn an instrument, to grow as a musician, and to perform collaboratively.

The marching band program offers students unique opportunities and experiences during their high school years as proud buffaloes. Further, marching band offers more than the opportunity to learn to play an instrument, develop a skill, and be a part of a group. During my time as a teacher within those FCHS walls, I often noticed how the band kids seem to stick together, whether in the classroom or in the cafeteria, and moreover, I witnessed qualities such as support and comradeship in their interactions with one another. The marching band program creates an environment of music that is both challenging and community-minded for our local young people. Mr. Durner remarks that the marching band program “creates lifelong memories and friendships for the kids…The things that kids take with them, mostly covertly, are skills like personal confidence and development, leadership, team-building, and the experience of being something greater than themselves.” Mr. Durner also shared the joy he experiences as a result of being a part of the lives of young people during their marching band years and further, as they enter adulthood, raise families of their own, and become contributing members of the workforce. He credits Facebook for the ease with which he keeps up with former students after they walk across the stage on their graduation day.

As summer comes to a close and the start of the new school year approaches, get ready to be a part of the beat on Friday nights at FCHS! Get ready to be a part of a local, buffalo-style, community event: you’ll feel the drum line’s cadence ripple within your veins, you’ll smile as the teenage fans rock the stands, and you’ll most certainly enjoy the marching band’s twist on the music of Queen, and of course, you’ll get a kick out of watching the game!

Come out for a benefit, non-league football game and marching band performance on August 19th, at the FCHS football field, and don’t miss our first league, home game event, vs. Patrick, on Friday, September 9th! You can view the 2016 football schedule at: http://www.floyd.bigteams.com.

Be sure to LIKE the Floyd County High School Band Facebook page to stay up to date on performance dates and information as well. 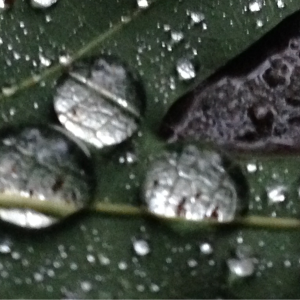 Emily Stansberry was raised as a “military brat” who lived all over the world, she and her husband now live in Floyd County. She taught English at Floyd County High School before deciding to focus on her writing and other interests.
All Articles

1 thought on “Don’t Stop the Beat”